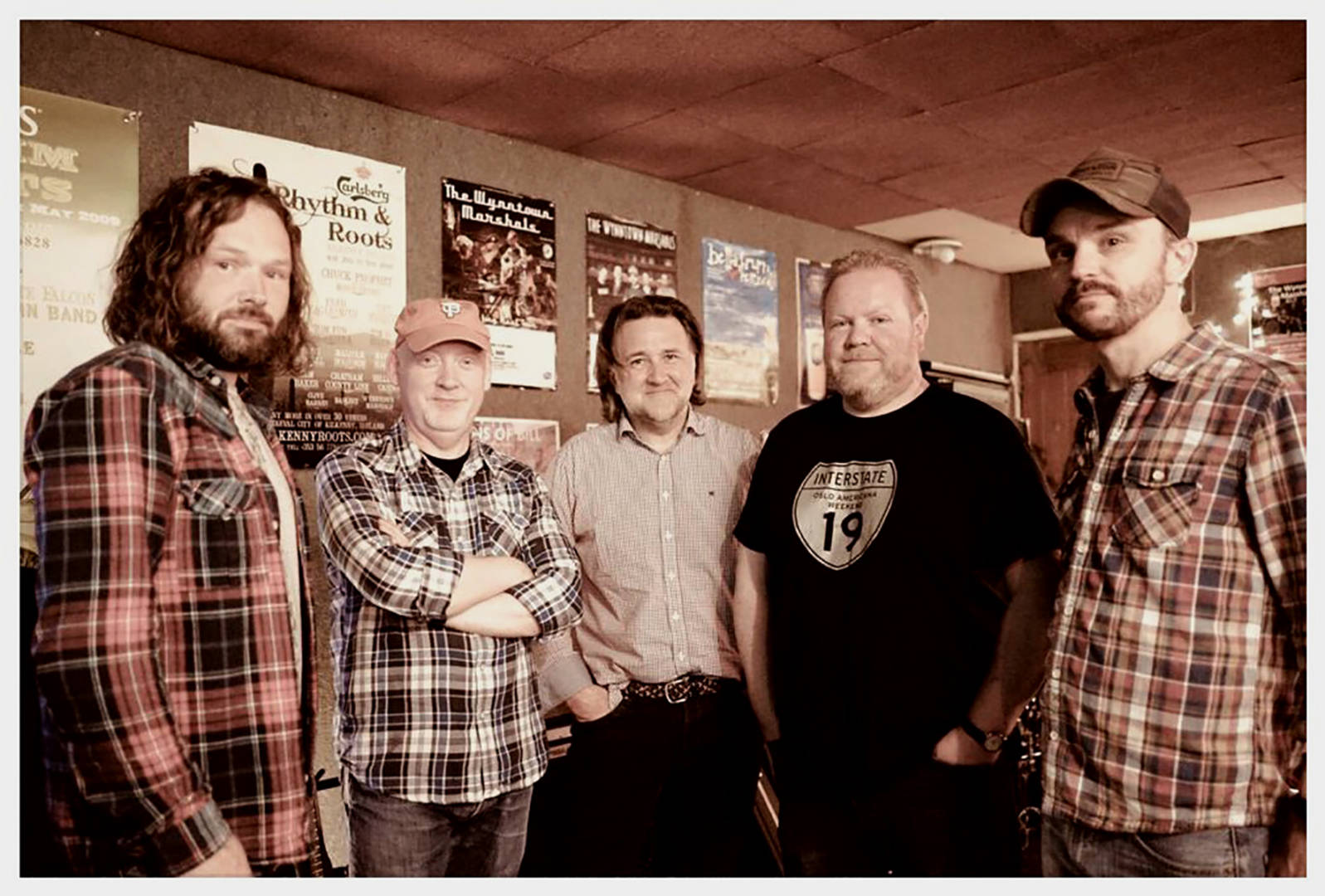 The Wynntown Marshals play Backstage at the Green Hotel Kinross on Sunday afternoon on 15th December 2019 at 2.00pm for EMS / Mundell Music.

Wynntown Marshals play Backstage in Kinross. Edinburgh-based 5-piece The Wynntown Marshals formed in 2007 and have been described by the Metro as “arguably Scotland’s strongest band” and regarded by The Herald as “the best Americana band outside North America”.
With three studio albums, several EPs, and a 10-year retrospective collection under their belts so far, the Marshals have recorded sessions for ‘Whispering Bob’ Harris’s BBC Radio 2 show, as well as BBC Radio Scotland sessions on ‘Another Country with Ricky Ross’ and an appearance on ‘The Quay Sessions with Roddy Hart’ in 2018.
Their debut album “Westerner” was released in 2010 with the Belgian website RootsTime proclaiming it “the best alt.country album from Europe ever”, with the follow-up (“The Long Haul”) being placed at number 10 in the Sunday Herald’s list of the ‘Top 50 Scottish Albums of 2013’. Their next album, 2015’s “The End of the Golden Age”, was awarded 8/10 in Uncut, who referred to the band as “colonising the shadowland that lies between Tom Petty and Teenage Fanclub”.
In 2017, the band marked a decade together by releasing a 16-track retrospective entitled “After All These Years”, with Louder Than War awarding the compilation 9/10 and declaring that “The Marshals have been crafting songs of such high quality that they’re surely a national treasure”, and that they are “miles above the competition at this sort of thing”.

The Wynntown Marshals will play their first headline shows in over a year including a special afternoon show at Backstage at the Green Hotel in Kinross on Sunday 15th December, where they will debut their new line-up as well as previewing material from their forthcoming studio album which will be released on Blue Rose Records in the spring of 2020.