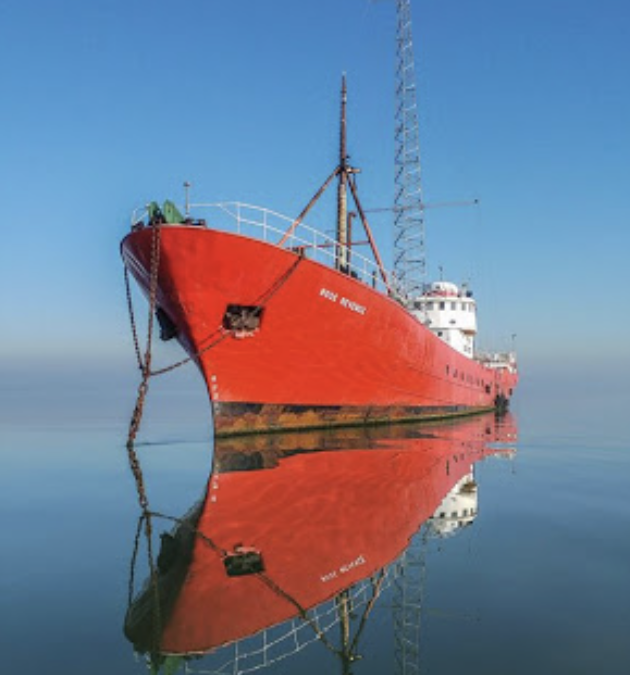 For the last 18 months I have been listening to Radio Caroline via the internet. Its brilliant! Album tracks and lesser know songs from your favourite Artists. There’s no news broadcasts or phone ins or even discussions…….its radio as it should be. Try it and you won’t return to your previous station. I’ve even given you a link for a Roberts Internet Radio. Thats the type of Radio that I listen to Caroline on. Go on, Try It!!  It also has new music from some great Bands that you won’t hear anywhere else.

Radio Caroline has very interesting history. It was launched in 1964 by Ronan O’Rahilly as an alternative to mainstream radio stations and a protest against the monopoly of record companies who controlled all popular radio stations. This was an offshore pirate radio as Ronan didn’t obtain any license.

The first of the off-shore pirate radio stations is to return to the airwaves.

Radio Caroline was founded in 1964 and broadcast from ships until 1991, when the Ross Revenge was shipwrecked off the Kent coast. The station continued to exist, and is currently an internet and digital service. After a successful application to Ofcom, Radio Caroline has been given the medium wave frequency of 648kHz – once used by the BBC World Service. The frequency, once used to relay broadcasts to Eastern Europe, will be taken over from noon on Friday. Radio Caroline boss Peter Moore said it was an “ironic twist” to be given the former BBC frequency.