Paul Lamb and the King Snakes, Live at The Green 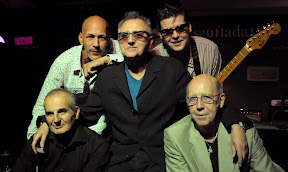 It didn’t happen suddenly. It took years of hard work and application, unfashionable words that signify little in these days of instant fame. As Paul can tell you, he and his band have done their individual time, made their mistakes, applied what they’ve learned, focused on their musicianship and the results are passed on to audiences that flock to their gigs. They in turn are guaranteed to enjoy genuine music performed with skill and mutual encouragement. It’s a simple but sure formula.

Right now, the King Snakes are a refreshing mixture of (relative) youth and experience.

The experience starting at the top, for Paul Lamb has spent the last thirty-some years whoopin’ and hollerin’ in clubs in his native North-East plus a later move to London, in concert and on festival stages, creating a personal synthesis of his harmonica heroes and his own unique and innate talent. His history includes representing Britain in the World Harmonica Championships, working with his particular mentor, Sonny Terry, and with any number of other blues artists who’ve visited these shores Over the years Paul Lamb & the King Snakes have won countless awards , sold record breaking quantities of albums and been inducted into the British Blues Awards Hall of Fame alongside the likes of Peter Green & John Mayall.