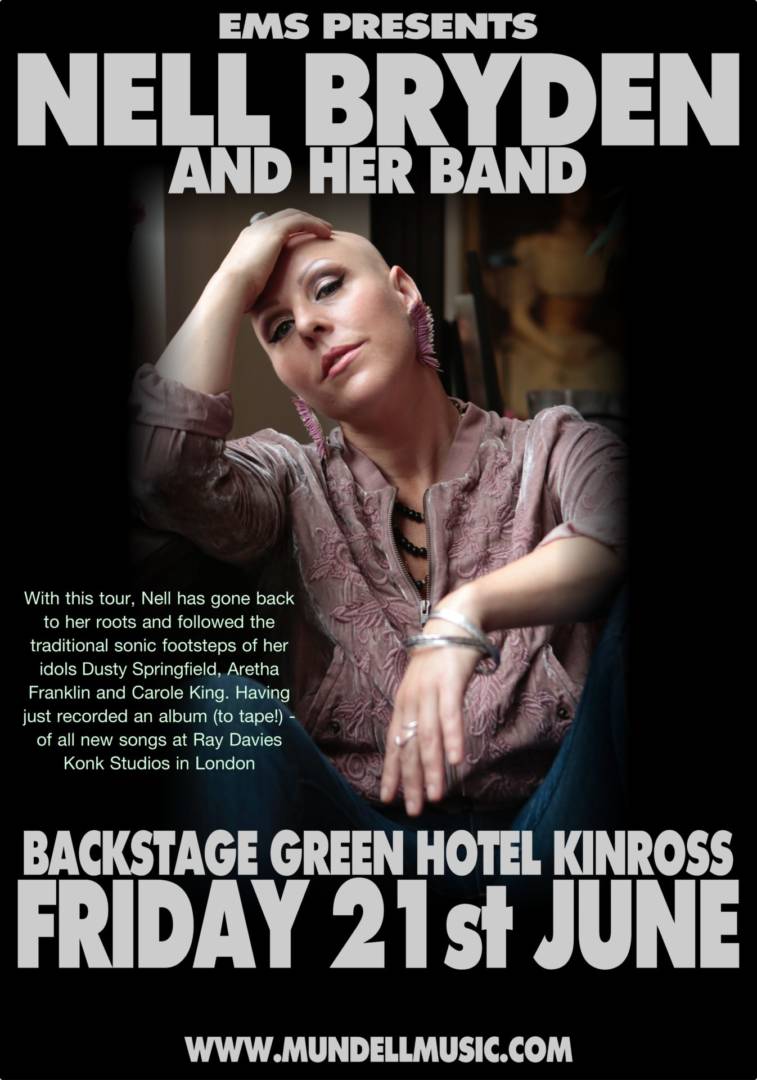 With this tour, Nell has gone back to her roots and followed the traditional sonic footsteps of her idols Dusty Springfield, Aretha Franklin and Carole King. Having just recorded an album (to tape!) – of all new songs at Ray Davies Konk Studios in London, Nell’s new EP is called “Soundtrack to Little Wing – Part 1,” which is a reference to Nell’s soon to be released debut novel, for which this music is a companion album. In her return to Backstage in Kinross, you can expect a soulful, heartfelt performance from New Yorker Nell and her band – an artist who is at her most comfortable on the road.