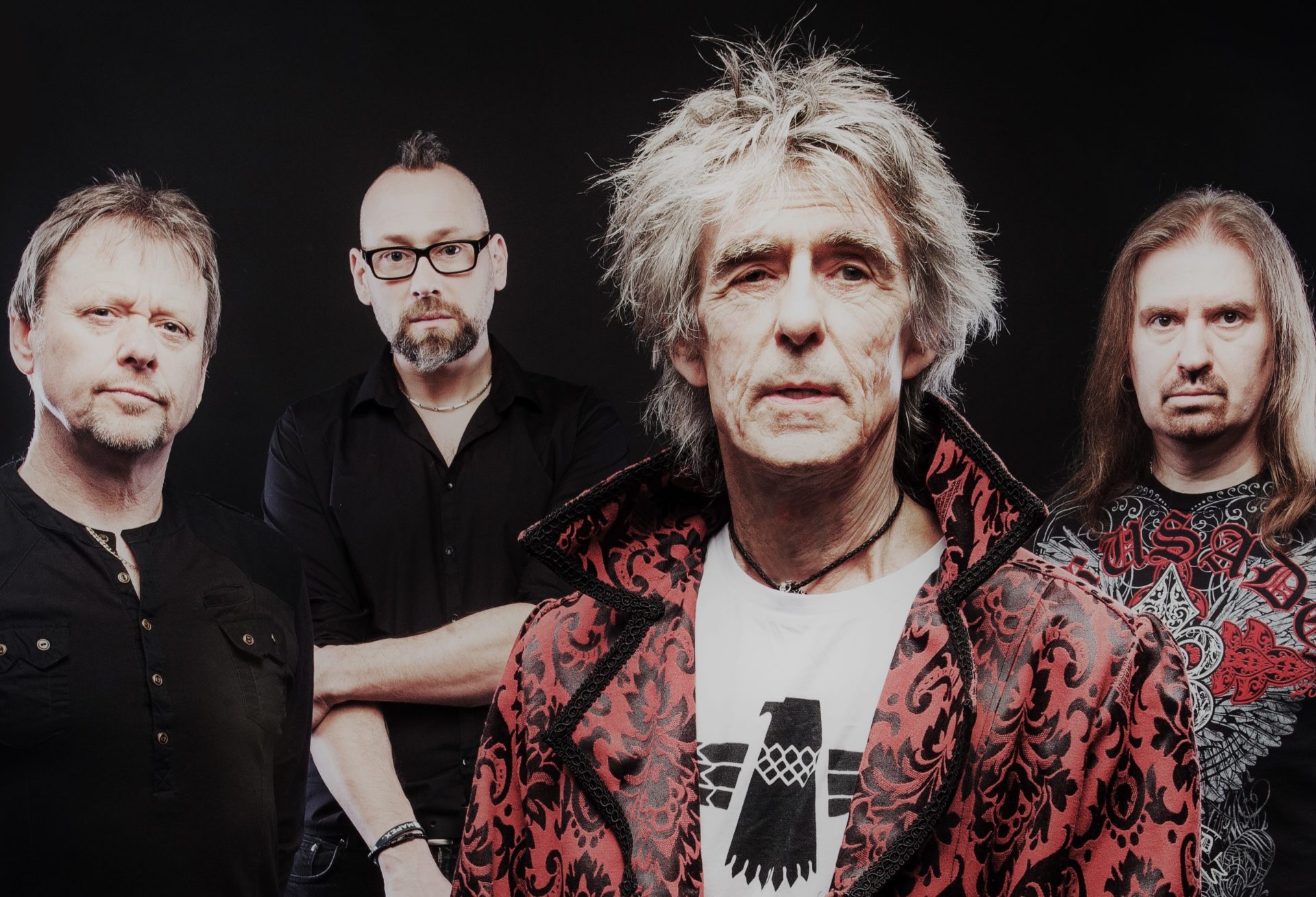 Wishbone Ash was formed by West Country musicians Martin Turner and Steve Upton, who arrived in London in 1969 to embark on their musical journey. Intent on creating a musical sound that was rich in texture and melody, Martin Turner envisaged the band’s innovative harmony-guitar hallmark and guitarists Ted Turner and Andy Powell were recruited via a now legendary Melody Maker advert. The partnership of the original line-up of Wishbone Ash forged a unique musical identity that would produce some of rock music’s best loved works and influence numerous successful bands and result in millions of album sales and concert attendances. Wishbone Ash would become one of the most enduring and best loved British rock acts and its name synonymous with high quality guitar-driven melodic rock music.

Over four decades later, the enduring music of the classic marks of Wishbone Ash continues to delight audiences worldwide through both live performances and a rich legacy of recorded work that continues to be enjoyed by fans old and new. Classic album releases such as Argus, Pilgrimage, There’s the Rub, New England and Live Dates defined the Wishbone Ash sound and have touched the hearts of several generations of music fans. As lead vocalist and key creative force, founding original member Martin Turner was central to the critical and

In recent years Martin Turner has delighted audiences worldwide with its performances of material from the classic periods of Wishbone Ash’s history, with concert appearances in the UK, Germany, Austria, Switzerland, Norway, Holland, Spain, Greece, Mexico, Brazil, Japan, the USA and Canada. Performances have been captured on a series of acclaimed live CD and DVD releases. Martin Turner looks back fondly on his touring activities since his return to the live stage: “I have had a wonderful time over the past few years re- discovering the wider Wishbone Ash catalogue and taking this to the people. When I go to see an artist live, I want to hear the songs as I remember them from the records and I believe that is true of the Wishbone Ash audience too.”

2015 saw Martin Turner and his band moving forwards with new original studio material for the critically acclaimed and award-winning Written in the Stars album (What’s On magazine ‘Album of the Year’ 2015), which was followed by a busy period of touring during which a live 2CD/DVD The Beauty of Chaos – Live at the Citadel was recorded in St. Helens for release during 2017.

Martin Turner’s The Beauty of Chaos tour will feature classic album tracks and stage favourites from the extensive Wishbone Ash repertoire, as well as new music that remains true to the original Wishbone Ash blueprint. In addition, the show will feature a rare performance of Wishbone Ash’s seminal 1972 Argus album performed in its entirety. Argus achieved a #2 UK album chart position and won UK music press “Album of The Year” awards. It remains one of the most enduring works of the classic rock era.