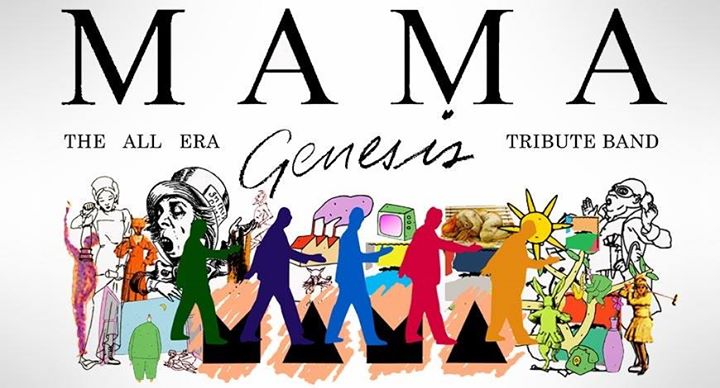 One of the UK’s most successful Genesis tribute bands makes a return visit to Kinross, the ever popular Mama.

Over two nights, Mama will take you on a journey from Genesis’ early Peter Gabriel years, through the Phil Collins’ era of the 70’s and 80’s and right up to their final studio album, ‘We Can’t Dance’. As an additional bonus, the bands Kinross shows enable Mama to incorporate elements of solo works from Peter Gabriel, Phil Collins, Mike & the Mechanics and Steve Hackett.

Expect to hear Genesis classics, In The Cage Medley, Mama, Los Endos, Home By The Sea, The lamb Lies Down On Broadway, Ripples and many more, with bonus tracks such as Follow You Follow Me, In The Air Tonight, Sledgehammer, No Son Of Mine, The Living Years, Land Of Confusion and Suppers Ready.

Lead singer, John Wilkinson, delivers the Phil Collins vocal sound with power, passion and precision. On keyboards, the band benefits from the technical wizardry of John Comish. Guitars are provided by Jon Vatikiotis, backed up with the rock solid technical playing of James Cooper on drums and Dave Jones on bass, 12 string guitar and bass pedals.

When asked about the Kinross shows, John Wilkinson said, “We have played there many times over the past five years and the audiences have all been superb. They know what they like (pun intended) and we look forward every year to having a two night Genesis party with them!”