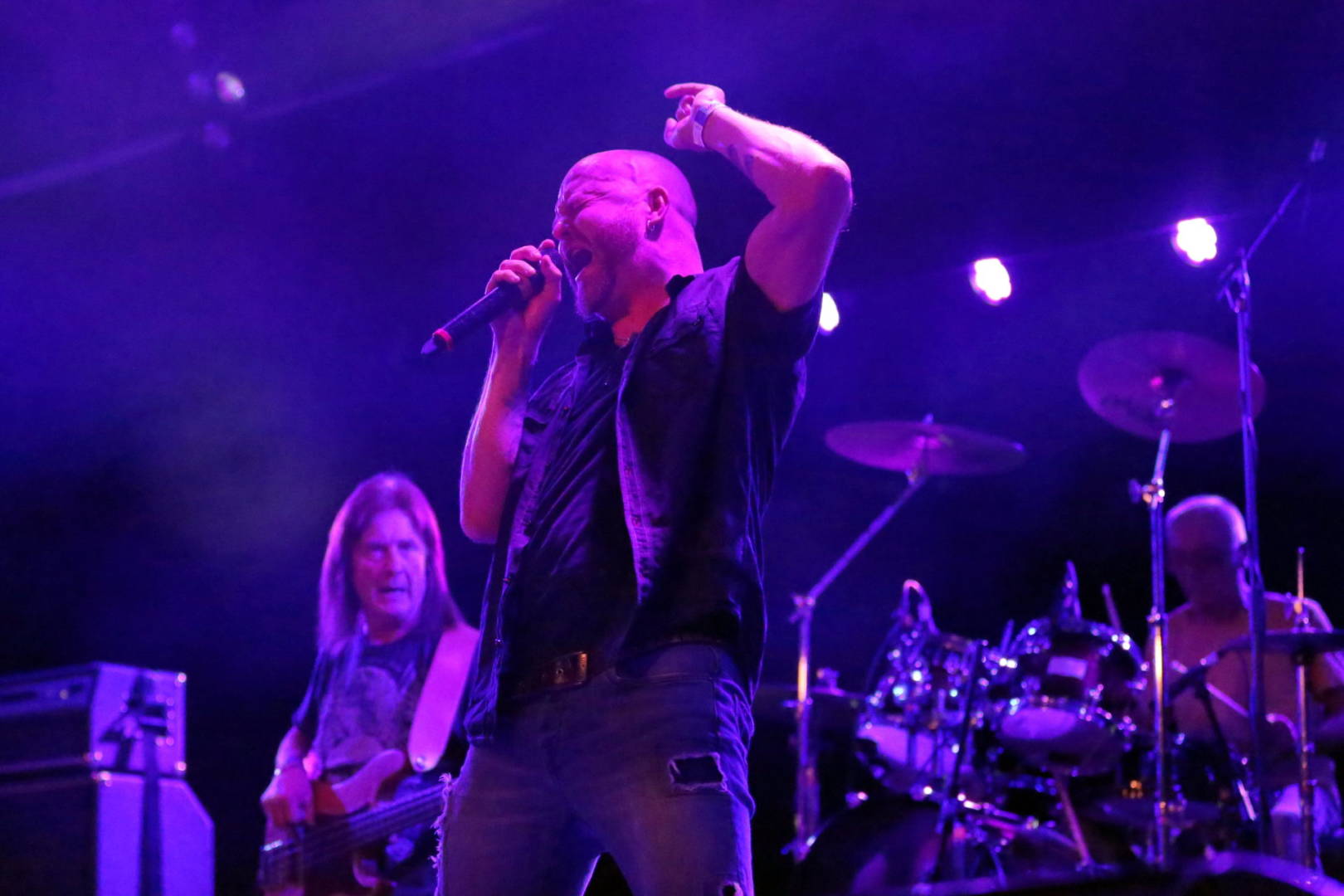 Formed in early 1972 and comprising four seasoned pros from the local club circuit in the North East of England, it didn’t take the band long to realise their aspirations lay far beyond their geographical location.

Original material was taking shape almost immediately and following the recording of a demo, September saw the lads heading to London to tout their tape to the major record labels. During a six week assault on the capital the band finally signed to industry giants EMI with the first single ‘Don’t Do That’ already earmarked. The song entered the top 40 in December after extensive radio play. The album ‘Hope You Like It’ followed close on its heels and Geordie were well and truly on their way.

February 1973 heralded the release of the follow up single ‘All Because Of You’ which reached number 6 in the national chart. Soon after, ‘Can You Do It’, ‘Electric Lady’, and ‘Black Cat Woman’ also enjoyed chart success.

Always a hard working band, extensive tours were undertaken around the globe reaching as far as Australia where they were firm favourites. At the same time, some key support slots including Deep Purple’s Burn tour were gaining valuable exposure for the band.

1974 saw the release of their second album ‘Don’t Be Fooled By The Name’ along with further touring in territories familiar and new.

In 1980, world renowned rock band AC/DC recruited Brian Johnson into their fold after the untimely death of their vocalist Bon Scott.

A brief reprise in the 80s with new vocalist Rob Turnbull yielded most notably the ‘No Sweat’ album.

In 2018 Tom Hill and Brian Gibson decided once again to play these great songs live with a brand new line up comprising Steve Dawson, formerly of Animals II, on guitar, and the powerful voice of newcomer Mark Wright taking on vocal duties.

Original guitarist and primary songwriter Vic Malcolm is happily still involved on the writing/recording side for all upcoming future products.

GEORDIE are back. Their aim – KEEP ON ROCKING