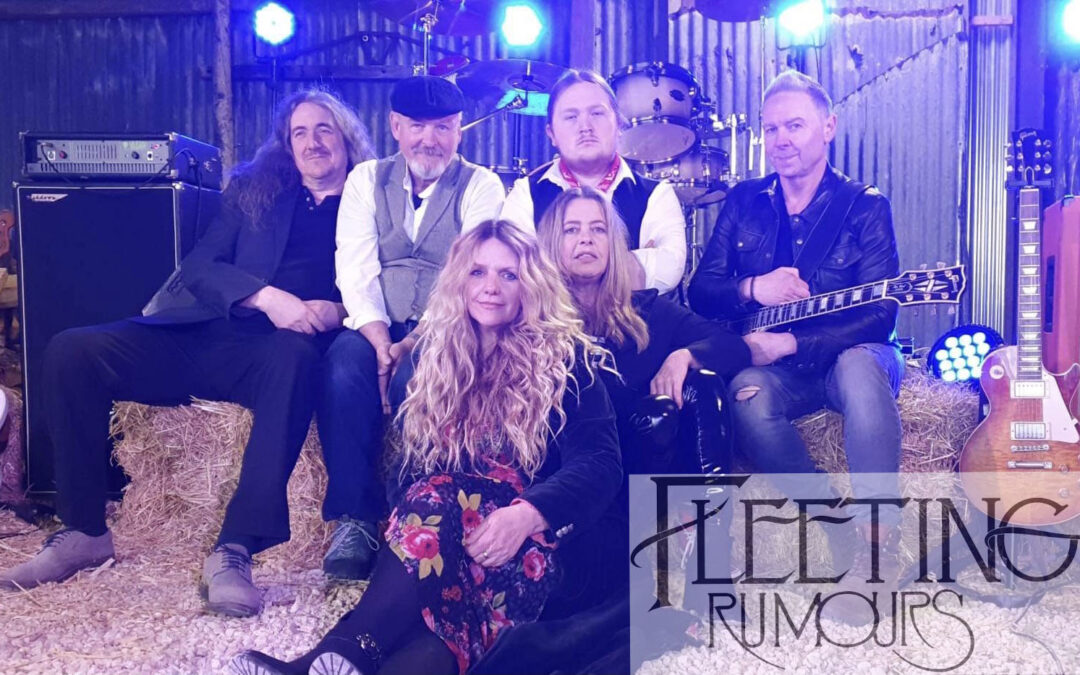 Getting that special blend of vocals, guitars, keyboards and drums to an exceptional level of authenticity.

Every member of the six piece band are seasoned musicians and singers renowned in there own field.

Fleeting Rumours cover all decades of Fleetwood Mac’s back catalogue. Including the early years with Peter Green performing songs like “Black Magic woman” and “Oh Well”.

The performance is based around the songs from the album Rumours. The band also play hits from Stevie Nicks solo career, before moving on to songs like “Sweet Little Lies” and “Everywhere” from Tango in the night.

Fleetwood Mac are one of the biggest bands in the world and the Rumours album selling over 100 Million copies worldwide.

Fleeting Rumours focus on bringing the history of the hits to the performance and show “Big Love” and authenticity to Fleetwood Mac.