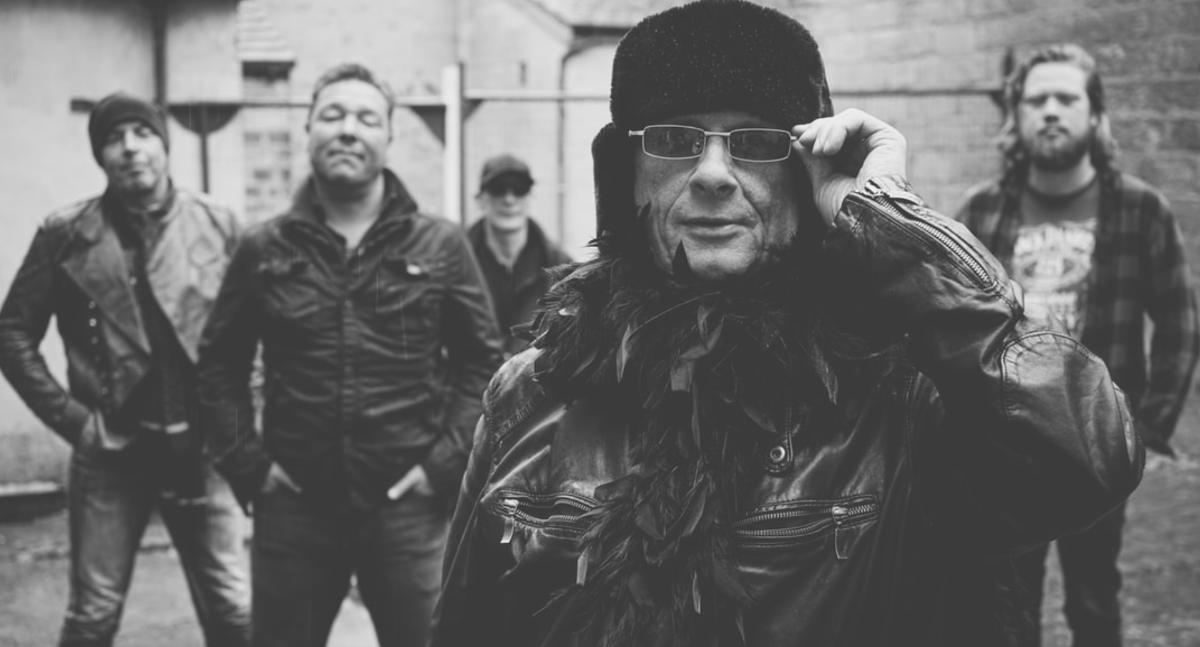 Dan Arnold joins on guitar alongside Karl Francis on drums.

Powerhouse vocalist Hayley Gaftarnick and the sublime Ellie Coast (both Leeds) are on accompanying vocals.

The project was produced in Accrington by Real World Studios Mark Jones, who describes the album as “the rock n roll “Dante’s inferno” for the 21st century.”

The 15 year old East Lancs rock n roll runaway Mel Outsider absconded from school to spin the waltzer cars on the fairgrounds and walked the ponies for the travelling circus.

A love of adventure and the open road saw him move on to form Brit rockers as vocalist for The Outsiders UK and complete a staggering 286 live gigs in 365 days1.

The Outsiders UK released 4 albums and were a popular live group on the European circuit. The final album was critically acclaimed “Everything’s Gone Vintage” 2016.

The new Lancashire based group The Mel Outsider Reformation retains the services of musical director and bassist Matt Pawson and guitarist Liam McCartan.

Mark has produced, engineered and worked with such luminaries as Peter Gabriel, Cat Stevens, Patti Smith, The Blue Nile, Wishbone Ash, The Ting Tings, Black Grape and Goldfrapp to name a few.

He travelled and worked with Delta blues legend David Honeyboy Edwards who was the only living musical connection to Robert Johnson.
​
Mel also plans to release an album of unheard “Honeyboy” recordings later 2022.