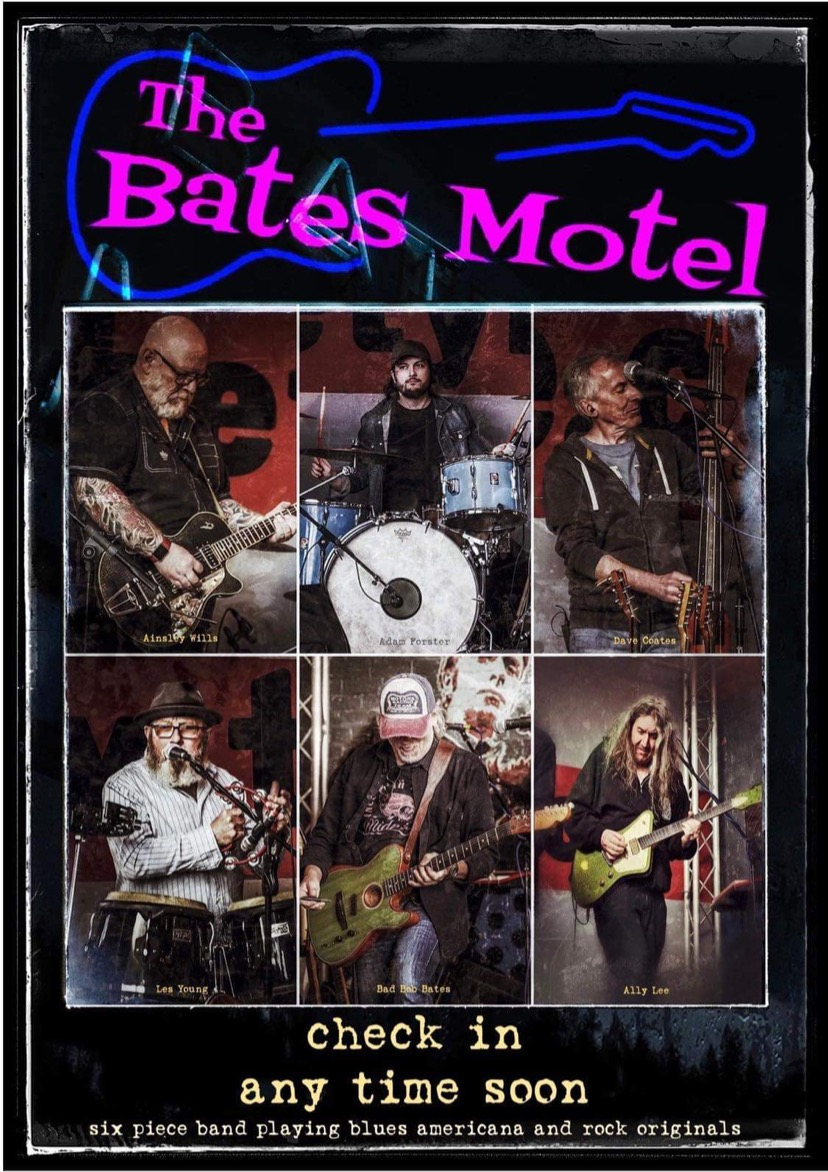 Performance Date
Performance Name
Performance Info
Performance Notes
Performance Tickets
The Bates Motel9:00 PM
Backstage at The Green Hotel, Kinross
All Ages
Cancelled GBP18.00
The Bates Motel https://www.facebook.com/thebatesmotelband are a new and exciting mix of blues rock and americana delivered with high energy and top musicianship, rivalling anything you’ll see from the USA and the UK.  The idea for the project came together throughout the lockdown, and they play songs from frontman Bad Bob Bate’s  http://badbobbates.co.uk/ four most recent album releases Music | Bad Bob Bates (bandcamp.com) - hook laden tunes with massive guitars and harmonies to die for.  Drawing on classic rock and alt country, they pack a massive amount into their sets, sporting three killer guitarists and a powerful rhythm section – think Steve Earle meets Led Zeppelin with a touch of Black Crowes and Robert John and the Wreck.  They burst onto the North East scene in 2021 and are now exploring the UK – catch them now!  New band recordings should be ready for the Kinross show!