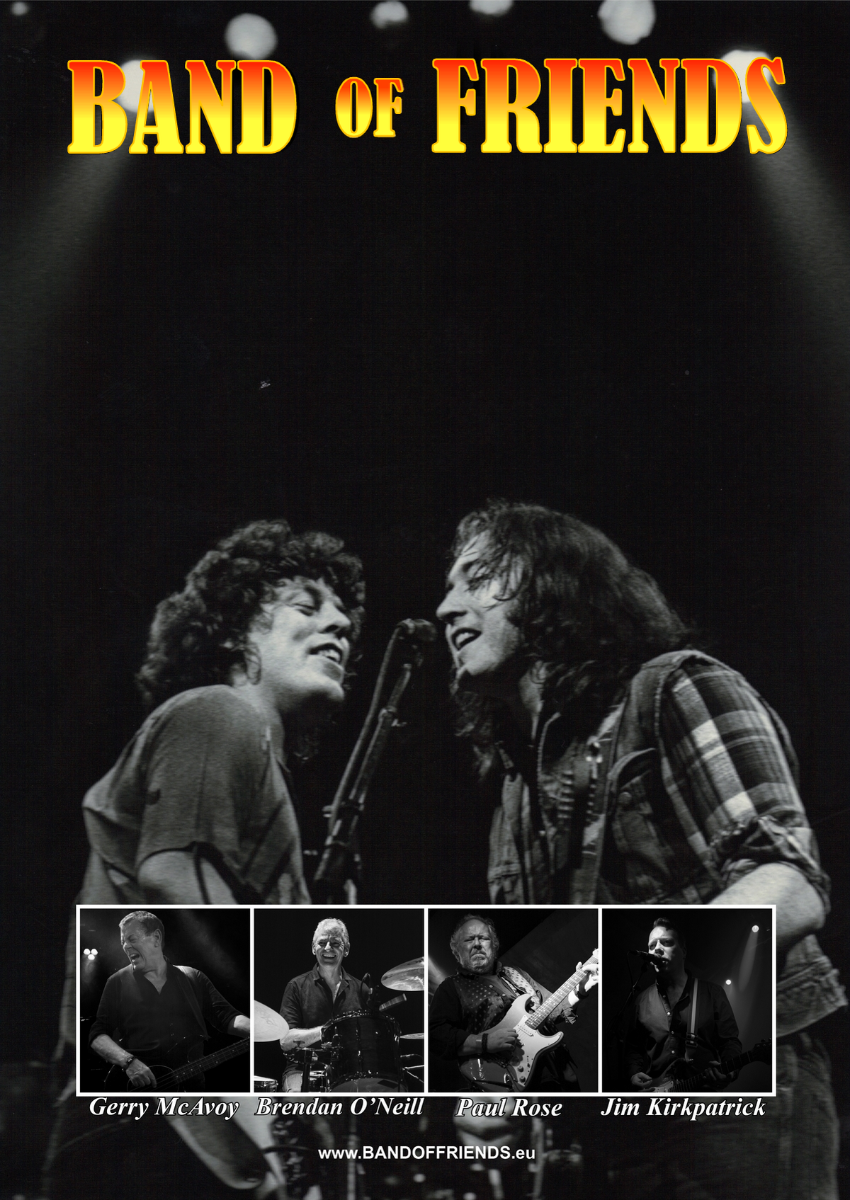 Gerry McAvoy formed Band of Friends in 2012. Gerry played with Rory Gallagher for 20 years and played on every record with Rory from 1971 to 1991. He also wrote his Biography “Riding Shotgun” which was published in 2005.

The band now consists of Brendan Oneill drums (Rory Gallagher 1981-1991, Paul Rose, guitar (Paul was chosen from 1000 guitarists by Rory in a Fender sponsored competition) and Jim Kirkpatrick who grew up listening to Rory’s music. He also plays with his band FM.

“ Really has the atmosphere of a Rory concert” – Lust for life

“ This is not a tribute band but a group of its own.The group works wonders” – Rock & Folk

“ The pleasure flies in your face” – Voor

“ A sturdy pot of blues rock-they impressed, and not only me” – Bluesbreaker

“ In the music industry its hard to find something this well done.Priceless” – Miuskk.com

“ Like no other power unit,they celebrate the amiable guitar hero’s passion on stage” – The Blues Alone 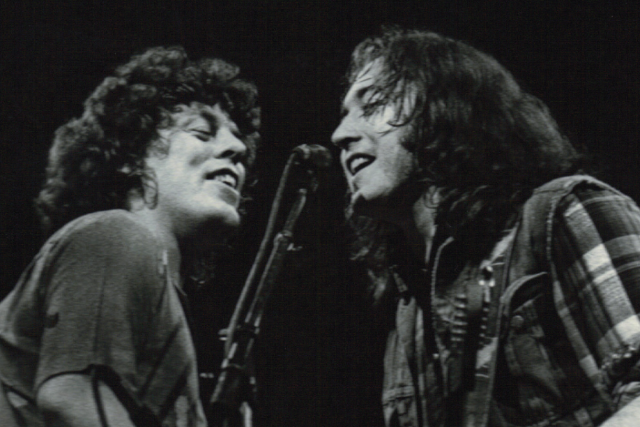