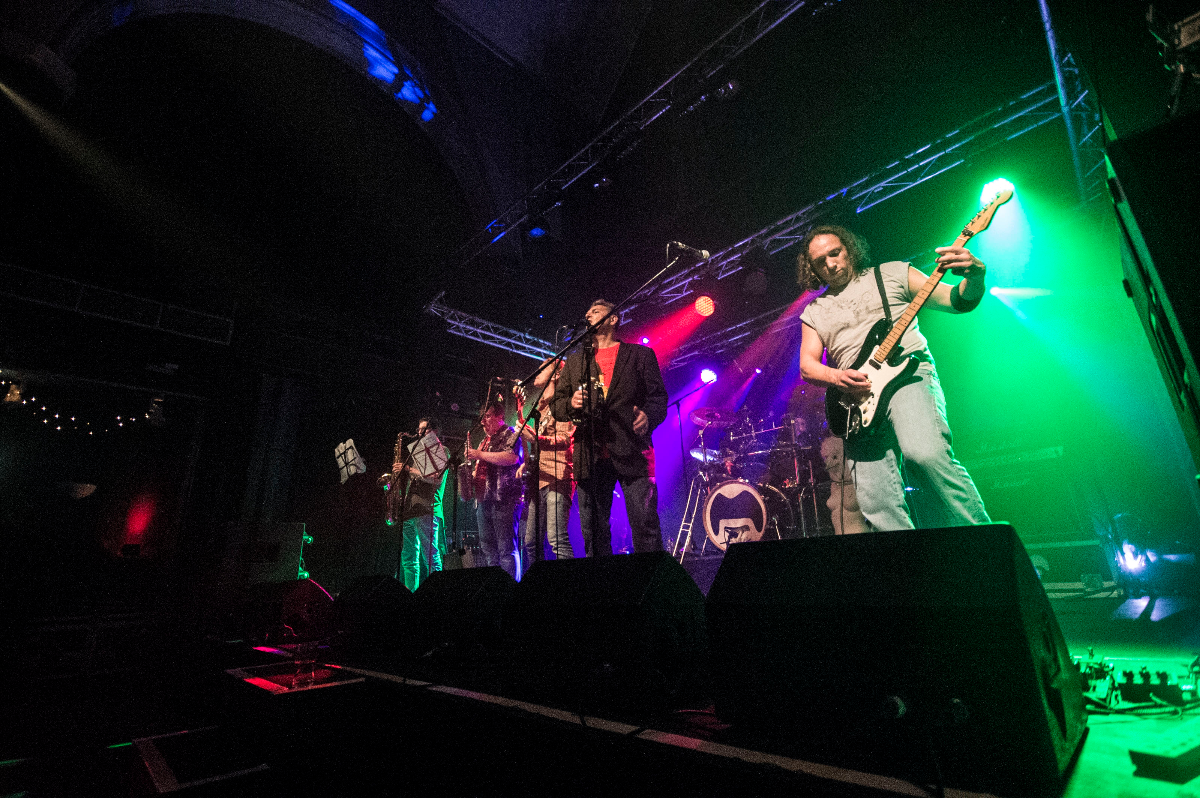 Performance Date
Performance Name
Performance Info
Performance Notes
Performance Tickets
Pygmy Twylyte9:00 PM
Backstage at The Green Hotel, Kinross
All Ages
Buy Tickets GBP20.00
So prolific was Frank Zappa's output, that it is nearly impossible to present a representative sample of his work in just one concert. Over the course of his life, and since his death in 1993, over one hundred official Zappa albums have been released, alongside countless bootlegs. These range from 60’s psychedelia with the Mothers of Invention, Jazz and Rock material tinged with Zappa’s own inimitable spin, through to orchestral compositions.
Navigating the vast Zappa oeuvre then is no mean feat, but Scotland’s Pygmy Twylyte have embraced the challenge with gusto. Since their inception in 2018, the band have selected a core body of classic material, complemented with a rotating offering of more obscure cuts, and blasted this to delighted audiences across the UK.
Notable highlights have included multiple shows as part of the Edinburgh Festival Fringe and a performance at the Belladrum Tartan Heart festival. They have also played two special gigs featuring Ben Thomas, former vocalist and multi-instrumentalist of Zappa Plays Zappa, the worldwide touring outfit fronted by Frank’s son Dweezil.
With guitars, keyboards, saxes and a xaphoon at their disposal, the band has a (stink)foot planted in the camp of several of Zappa’s most memorable touring line-ups. Head down to nod along to rock numbers, lose count during jazzy interludes (after all, it’s not dead – it just smells funny) and evade the infamous Frunobulax!