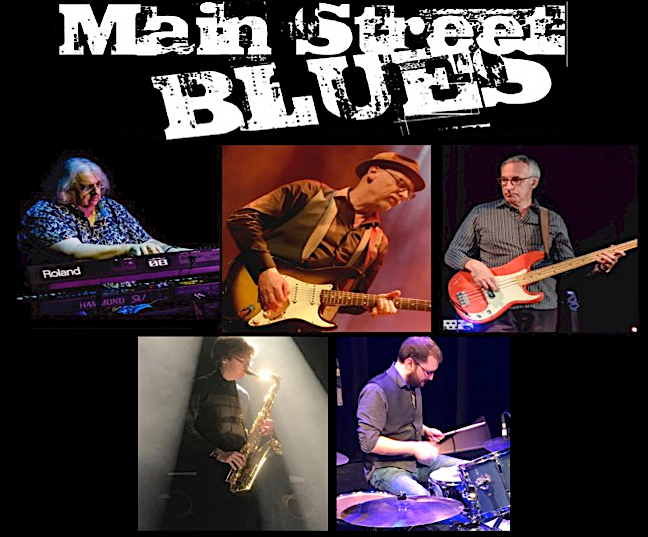 Main Street Blues are currently touring their new tribute show to the Three Kings of the Blues (BB King, Albert King and Freddy King and features their expanded line-up, including their new Horn Section (Sax/ Trumpet and backing vocals)
​
The band regularly perform around the Scottish and North of England Blues festival circuit for the last 8 years and have played "SELL OUT" shows at the Edinburgh international Jazz and Blues festival every year since 2012 as well as playing the Main Stage at the Tartan Heart Festival at Belladrum in 2014 and ICE HOUSE Stage in 2019, with their 2014 set still being broadcast by BBC Alba.

Main Street Blues have an excellent reputation for putting on a top class, exciting & energetic live show and have supported many international touring bands, such as Wishbone Ash, Caravan, Paul Jones and the Blues Band, Hot Chocolate, King King, Stan Webb and many, many more. 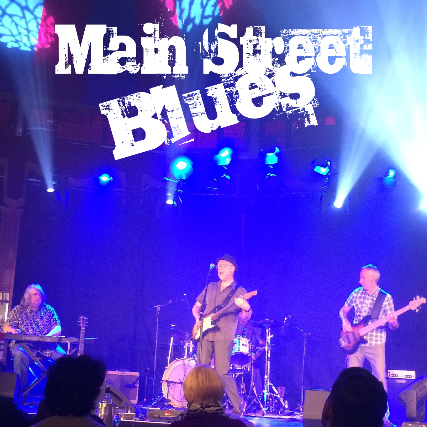 Main Street Blues are a high energy blues band that brings together a powerful mix of acoustic and up-tempo electric blues material, with a range of original numbers plus new and old blues classics.

The Kings of the Blues

B.B. King, Albert King and Freddie King are without a doubt the biggest names in Blues, and their influence continues to be felt to this day.

Although popular in America it wasn’t until the ‘British Invasion’ of Blues in the 1960’s that electric blues earned mainstream success both in America and here in the UK. when the music of the three Kings was brought it to the ears of young musicians like Eric Clapton, Peter Green and Mick Taylor.

Main Street Blues presents an evening of live electric blues from “The Three Kings” , showcasing two hours of some of the greatest and most well-known blues songs ever written.

The audience can expect to hear many great classics, such as – The Thrill Is Gone (B.B. King), Born Under a Bad Sign (Albert King) and Big Legged Woman (Freddie King) played with Main Street’s energy and flair. The show is ideal for theatre audiences who like to hear music from artists they know played live by passionate and talented musicians.

Main Street Blues, featuring acclaimed Scottish Blues guitarist Derek Smith, are a favourite around festivals, theatres and Art Centres in Scotland and are known for putting on a great live show. They have featured in sell out performances at the prestigious Edinburgh Jazz and Blues Festival every year since 2012 and their 2016 appearance on the Main Garden Stage at the Belladrum Tartan Heart Festival was recorded and broadcast by BBC Alba. They have created this show as a tribute to the masters of electric blues and have included many songs that audiences will know and love.   The band line up for the show is now a 6 piece band, featuring our horn section / backing vocals.