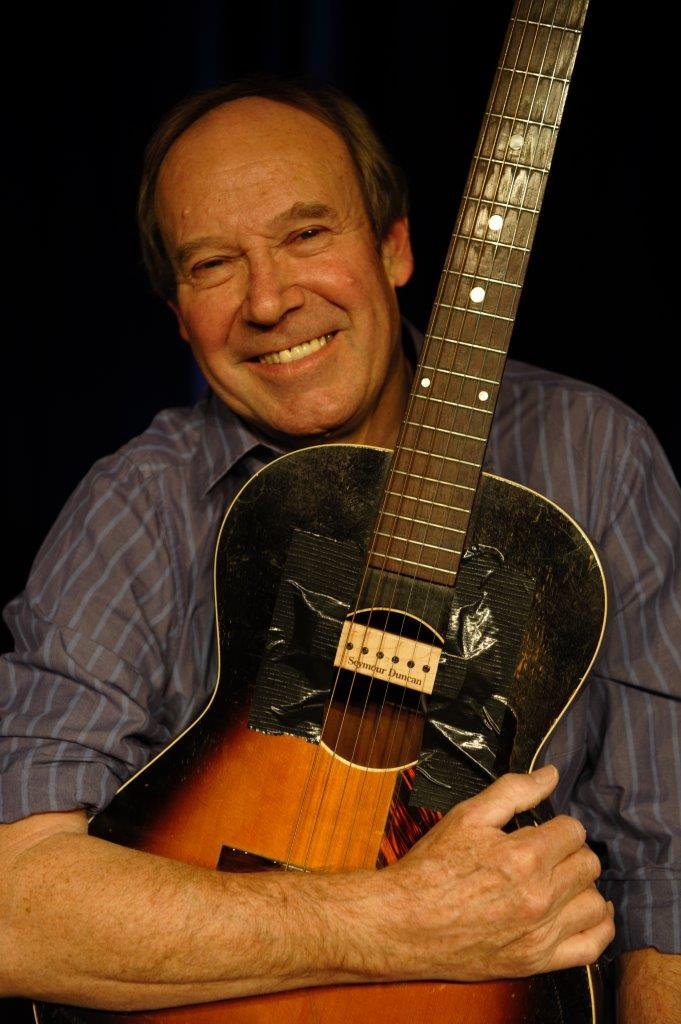 DAVE KELLY - Solo.  Normally each summer Dave Kelly plays solo acoustic performances at a variety of events:  Glastonbury,  Ely Folk Festival, Fringe By The Sea, The Great British R&B Festival in Colne, Blues On The Farm in Chichester, Bamfest and a numerous visits to Vancouver Island Music festival.  Most of the year he tours with The Blues Band, but he enjoys these solo shows very much - an opportunity to return to his roots.   With the shake-up re Covid  -  he will be playing solo dates dotted all through the year
Dave Kelly, was a founder member of The Blues Band with Paul Jones, Hughie Flint & Tom McGuinness forty years ago. When The Blues Band started back in 1979 Dave was already a seasoned blues artist with a reputation across the world. In the early sixties he started performing acoustic, mostly Mississippi style blues, in folk clubs. His first performance was a floor spot at The Half Moon Putney in 1964- a session run by Gerry Lockran, Cliff Aungier & Royd Rivers. In 1966 he went to the USA and played at Gerde's Folk City in New York. On returning from the States he joined The John Dummer Blues Band as lead vocalist and guitarist. It was with The Dummer Band that he made two UK tours backing John Lee Hooker and one with Howlin Wolf. After leaving the JDBB late in '69 he went back to solo performing and toured and recorded with the legendary Eddie 'Son' House.

Since then he has recorded a TV show with, and backed in concert, Buddy Guy and Junior Wells as well as continuing to tour with The Blues Band