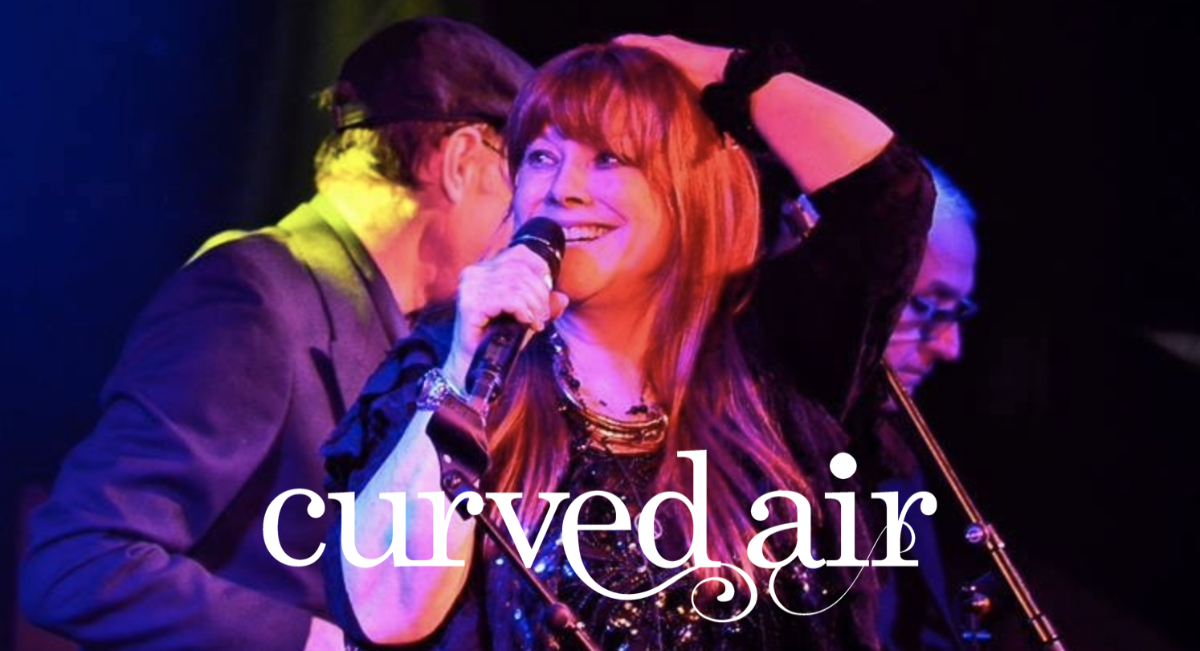 Curved Air was formed in 1970 and ever present original member Sonja Kristina will be continuing to lead the band into the band’s 50th Anniversary year with a range of projects and a world tour.

The band will be recording a new studio album in 2020, along with contributing to the release of a 50th Anniversary Compilation which will include newly recorded tracks, featuring former and current members of the band, recording together in various combinations.

Curved Air will be touring the Americas, Japan, Europe and also appearing on Cruise to the Edge in 2020.

The 50th Anniversary year line-up has also been solidified with Curved Air welcoming back Kirby Gregory to the line-up after a break of 3 years. Kirby was originally in the heyday era line-up which recorded Air Cut in 1973. He returned to the band playing guitar for the recording of the very successful North Star album. Kirby was professionally committed to other projects from the end of 2015 until now, and he is looking forward to embarking on the 50th Anniversary World Tour in 2020.

The current line-up was completed when, after much searching, the band found and welcomed Grzegorz “Greg” Gadziomski to the line-up. Greg is a classically trained Violin player who likes to play in many genres but prefers Progressive Rock/Fusion as a particular passion. The band would like to acknowledge and thank Paul Sax who has decided to retire from touring after a lifelong career. Paul was a member of Curved Air from 2009 and the band wish him much happiness and peace in his retirement.

The accomplishments of the previous line-up and former members were recently showcased with the release of two titles on the band’s own Curved Air Records via Cherry Red: “The Curved Air Family Album” and “Live at Under the Bridge”.